MY 10 FAVOURITE MUSIC VIDEOS I'VE MADE 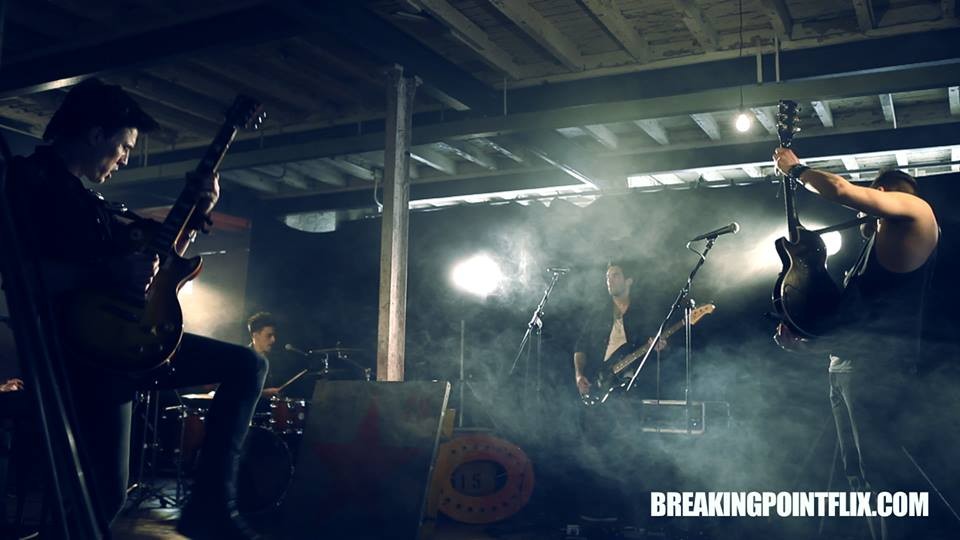 So I really don't write blog posts much, mostly because I generally don't have the time and kind of figure I'd rather just do the talking through the stuff I make (this is also why this will probably be filled with spelling errors). Recently I hit a couple of milestones, so I felt it seemed like the time to do something fun, reflective and hopefully not too wanky.

Over the last four years I've managed to shoot, edit and direct over 100 music videos. Now that's a lot of matrial and quite honestly, even my own mother hasn't watched every single one of them. Obviously that's why showreels exist, so that large amounts of material can be condensed into highlights. However, there is always something a little bit unsatisfying when viewing images out of context, with scenes recut to fit the tempo and tone of the showreel, losing the way the scene was originally shot and staged.

But nobody is interested in watching 100 Music Videos, it's a lot to ask (and honestly, admittedly, some of them aren't even worth watching lol). So instead, I've created a breif list of my personal favourite 10 for you to check out. I gave myself a little rule, I could only pick a band once (so only one Bwani Junction or Missing Andy video) and a few videos I'm very fond of suffered due to being too similar to another one already on the list (however some of these have been mentioned in the "Just Missed the Cut" list below).

So if you've ever wanted to know which one of my children I like best (in no paticular order), here's the answers and if you're reading this and taking an interest in my work, thank you so much for your support:

CONCEPT: A dystopian love story, revolving around a couple who start an illegal relationship and are caught and punished by an evil military leader

REASON I LIKE IT: I love working with non-chronological editing and fractured story-structure and trying to get intense performances out of actors. I think the images and the performances work great together, it gave me a chance to work in a genre I rarely get to try and it's always fun when you get to make a music video more like a short film.

FAVORITE BIT: When the riot police come in the front door and take the couple away. Action is always fun to film and even more fun to edit.

CONCEPT: Rory is trapped in a weird foreign prison somewhere hot and corrupt. He has to make his escape with the aid of his loving woman (also played by Rory)

REASON I LIKE IT: It's always nice when you get to work on a concept you didn't come up with. Often it takes a lot of the pressure off and in this case I just dig the really odd off-beat feel of it and the way we made Queens Ferry look like it's somewhere in Central America.

FAVORITE BIT: When Rory is marched into the visitors area to meet himself as a woman, I just like the colors and the look and I especially enjoy the bit where Jack steps back and his uniform makes him blend in with the wall.

REASON I LIKE IT: Honestly? Not really sure. The band had the basic concept of the girls at a party and then them using a gun like a drug and then the rest of it was me just coming up with weird ways to shoot that plotline. It's really nothing but visual gimmicks but what can I say, I like visual gimmicks.

CONCEPT: A hobo falls in love with woman he sees everyday on her way to work and tries to win her over using his shopping trolly filled with props.

REASON I LIKE IT: Honestly it was a hard choice to pick which Missing Andy video, but I went with this one because I feel it's the one with the strongest most structured visuals and I think the whole thing ends up being quite endearing, even if I did ditch the band's original happier ending and make the Hobo vagely psychotic.

FAVORITE BIT: When the band, playing the Hobo's friends, set up a terrible romantic meal.

THE DETOURS - Next to You

CONCEPT: A girl finds she's reliving the same day and has to prevent a guy at a gig from getting hit by a car in order to end the cycle.

REASON I LIKE IT: Possibly I'm a bit bias because this was a concept I came up with and it was rejected three times by bands before I ended up making it here. I like the story, it was a fun challenge because there was a lot of information to communicate in a short time and the pace of track allowed me to edit in a really fast and kinetic way.

FAVORITE BIT: I like all the scenes at the gig with the crowds, there were a lot of challenges in this video in terms of cheating visuals but it all turned out well in the end.

CONCEPT: A giant collage of images revolving around themes of love, break up and frustration.

REASON I LIKE IT: My favorite music video ever made is Mark Romanek's video for Jay-Z's 99 Problems. Much in the way that you can see these great art works which are just a big canvas of imagery all related around central theme, I love when music videos become about creating a mood through a barrage of abstract imagery. So basically that was what i was trying to do, it's by no means the only time but it is my favorite.

CONCEPT: At a birthday party children get tired of destroying a pinata and instead decide to bring out the band and start beating them.

REASON I LIKE IT: I always like a bit of black humor, especially if it involves kids being creepy and this is a concept that I so wish I could take credit for but I had nothing to do with, aside from attaching a bit of story structure to it. I loved the idea when Rich explained it to me, I still love it.

FAVORITE BIT: The opening shots of the empty birthday party with the kids running outside, I'd love to say the party was empty because I thought it would look cool but in reality it was just because it had gotten too late and the kids had to go home lol.

CONCEPT: Smug dude gets the sh*t kicked out of him by woman in a boxing ring.

REASON I LIKE IT: I think it's amusing, but mostly it's just because it gave me a chance to experiment with visuals in terms of shooting action and I really enjoyed utilizing wide angle lenses and creative staging to make the fight scenes really fun.

FAVORITE BIT: Where the Gary gets hit in the face and the attached camera follows him as he falls to the ground.

REASON I LIKE IT: Because it's not as simple as it might look, all the imagery is worked out and staged hit the beats of the song and I'm just very proud of how well the video works.

FAVORITE BIT: When the big back lights first kick in and the camera tracks across the screen.

CONCEPT: After a break up, a girl uses voodoo to kick her ex-boyfriend's ass.

REASON I LIKE IT: It was my concept, it was the first time I experimented with a lot of different editing techniques and I was just very proud of how it turned out. It was for a long time my favorite video I'd ever made.

FAVORITE BIT: The build to the end when she's drowning the picture

-BOMBSKARE - Do All Dogs Go To Heaven?