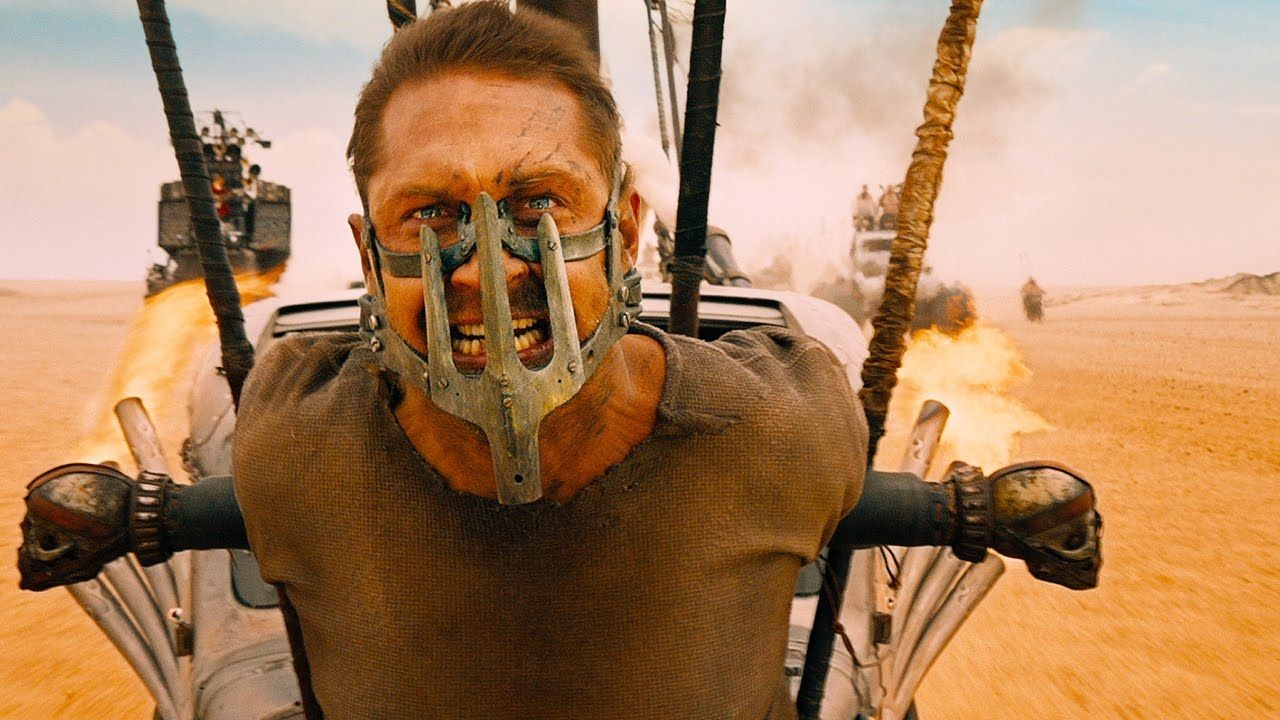 So here's my top 10 of 2015. Quite possible this list will change once I've seen The Hateful Eight, The Revenant, Chi-Raq and Creed but as of January 1st, 2016, this is where I sit. I don't think it's as strong a list as last year (I would say all but the top three have massive flaws) but I don't feel this year I was as good at seeking out interesting films.

FYI here's 5 appallingly awful films that deserve everyone's distain. Were there worse this year? Probably, but I don't make a point of going to awful films and these 5 should've done better.

LEGEND - A film that thinks using Goodfellas-like narration means it doesn't need to show anything visually. This is a problem considering film is a visual medium. Also people need to stop indulging Tom Hardy.

TERMINATOR GENYSIS - The film that cemented that Emilia Clarke actually isn't a very good actress. I just don't know what this film thought it was trying to do.

JURASSIC WORLD - This film is souless, devoid of wonder and relies on all its characters making the dumbest decisions all the way through the movie. To me that's just bad script writing.

BLACK MASS - Pretty much the same problem as Legend, it's all tell and no show. I left the film knowing as much about Whitey Bulger as when I went in (hint: not a lot).

SPECTRE - A film that spends so much time referencing past Bonds while also feeling utterly disdainful towards the past of the franchise. That last 10 mins felt like a real f**k you to the continuation of the franchise. Plus it's really tedious. History will totally back me up on this.

I'm not going to lie, I thought this film was going to be awful. But there is not a single comedy I enjoyed more or laughed harder at all year. It's a tribute to just what a watchable pair Fey and Poehler are and I would watch them in pretty much anything.

A film that is blisteringly fast-paced despite the fact it's basically just people talking in rooms. Aaron Sorkin brings the wit and verbal fireworks while Danny Boyle uses the whole thing as a formalist exercise in how to stage dynamic dramatic scenes which are entirely about conversation. A slightly too-neat 3rd act keeps this from going higher.

A film that just moves and feels alive. It's a perfect example of great casting with Ralph Fiennes off the chain and giving one of his most charismatic performances ever. This is a film that is all about the details and filled with fun inventive pieces of staging and camera work.

Fascinatinly odd, it however never loses sight of audience engagment and maintains an incredible dead-pan tone all the way through, along with a great off-beat visual style.

A complicated journey into the America's failed war on drugs. A movie that is dark and cynical and carries that through to its natural conclusion.

For years I've said someone could make a great film on an iPhone, it's just about how you approach it, using it as the right tool for the right job. Shooting street-level and devoid of glitze, the film shows you a side of LA you rarely see but also manages to be fun, vibrant and exciting, rather then exploiting it's subject for worthy self-important awards fodder (cough, The Danish Girl).

Every so often a horror film comes along with a concept so brilliant you wonder how nobody ever thought of it before. Enough said, watch It Follows. It's pretty much the best horror film of the last five years (yes better then The Babadook).

You remeber my comment earlier about Jurassic World? Well this movie is the opposite. It is all about smart people in incredible circumstances trying to solve a problem with their intelligence. Hollywood forgets how fun it can be to watch smart people be smart. It also doesn't rely on people being stupid just to create problems in the narrative. There is no villain and yet the film is incredibly tense and engaging. It's also hilarious. The movie is smart enough to ditch any self-important ponderings about mortality and make this as light as a film about a stranded astronaut can be. This is the most fun you will have watching a movie this year (except for number 1).

An absolute lightening bolt of a film. A movie that one moments invites you revel in the stupidity of the people who contributed to the housing crash and then a moments later fills you with an intense rage as you become consumed by how the true face of evil is apathy. A great ensamble with Adam McKay creating a truly unique trip through recent history, with a clear goal in mind. He wants to make you laugh, then make you mad.

This film is quite simply a masterpiece. The only way I can honestly describe it is pure cinema. George Miller has basically put every action movie that came out this year to shame. Taking Mad Max as the archetypal Western hero and affixing him to a narrative about a 21st Century female action heroine, Miller has essentially made a revolutionary piece of blockbuster cinema. Anyone who says this movie doesn't have a story can seriously f**k-off because I don't know what movie you were watching and it will drive me to start yelling things in the manner of Alan Partridge when people are getting Bond wrong. This is a film that will be studied for decades not only for its pure formalist genius but also for it's fascinating gender politics.